For engaging in conversation around your niche, meeting new customers and promoting your brand, hashtag is fantastic way. To put it simply, hashtag is simple way to organize thoughts around a common topic, conversation or subject. Promotion of business and brands on social networking sites has gone viral. The use of hashtags has become mainstream on social media giants as they can help marketers and advertisers track conversation among consumers. Supported platforms of the hashtags are twitter, facebook, instagram, tumblr, pineterest and Google+.

Let’s have a look on brief history of hashtags. Hashtags were first entered on social networks in 2007. Chris Messina (factoryjoe) posted the first tweet suggesting people to use the symbol: how do you feel about using # (pounds) for groups. As in #barcamp [msg]? In 2102, Google introduced the hash tag feature on social network and the trend of hash tag gained momentum on Facebook in 2013 and now it is commonly utilized on almost all social networking websites.

Hashtags are part of social media marketing. Every marketer and advertiser is now taking time to plan a hashtag strategy resulting in much stronger and effective brand promotion. Hashtags contribute a lot in finding target audience but the point to consider is that are you really making correct use of hashtags for telling your brand story. Social media hashtags are used to optimize the content and increase the engagement across social media channels. When used properly, a good hashtag can highlight the subject or categorize the message on related brand and incorrect use of hashtags confuses audience and results in the content that looks like spam. Find out the dos and don’ts of hashtags to check whether you are using proper hashtags or not. Consider how can you extend your brand story and encourage long-term engagement with brand. For example see how SEOs are using hashtags to tell story.

Smartphone-optimized websites are not all correct. Some give wrong configuration and do not display the information that they have been seeking. For instance, sometimes the users of smartphones are redirected to an irrelevant page or they are shown an error. According to Googlebot, these are crawl errors. In addition, due to them some ranking changes related to smartphones search results occur.

Moreover, in reply to a request for a page, that does not have any existence; the server displays a 404 page. To provide the user with some extra information, it can bring forth a custom page designed or ‘File not found’ message. Thus, the content of the page is completely irrelevant and does not match to the response of  HTTP that server returns. Read http status codes at our blog.

Content really plays an important role in social media. When you are done with the content writing process, the need of content marketing arises. Content optimization is an important and crucial step when you are in process of content marketing. This is the step through which you provide data to the search engines and they will determine your content and thus your business. All the information is then displayed for relevant keywords and phrases by the search engines. You need to make sure that you tailor your content optimization process according to the type of content you are having. Content types can be text, images, news and videos.  You need to optimize content in the best way in all the formats. Optimization of the text is important. Landing pages content optimization is important as they contain information about other pieces of content as well. Most important element is title tag for website optimization. Title tag in html code will tell what the page and website is about. Title tags can be used at search engines and at social media networks to give description about the page when content is shared.

Meta descriptions get displayed in the result pages of search engines which are commonly referred as SERPs. They are displayed as the descriptive text to give information to your audience. You need to avoid generic descriptors which don’t tell anything about your content. Search engines sometimes limit the words to 150 characters so you need to be precise. Meta keywords also play an important role in optimizing your text for the website. It is common practice that if your URL is keyword rich then it will give more descriptive information about the content. You need to make sure that your URL is simple, straightforward and meaningful to give relevancy about your content.

Images can also be optimized like the text content. Alt tags can be used as description to image can be shown when image don’t get displayed due to some reason. Images tags can be used when user do scrolling over an image. Audience can understand the image through image tags. File name and file size must also be appropriate to keep the image relevant with the content. Videos can also be optimized by giving video titles with relevant and attractive keywords. Video description can be given which will portray clearly to the visitors. You need to optimize description and title tags for both video and images so that search engines can recognize them. Optimizing news is a hard and competitive task. To be included in Google news results you need to submit press release or blog. After approval from the Google news team your content will be displayed in the search results of news. You need to have static URL and that means you need to have separate page for every story you produce. Keywords are important in news and your news posts must be keyword optimized. You need to give relevant keywords in each of your posts.  Headlines of the news must be interesting and you need to make sure that they grab visitor’s attention. 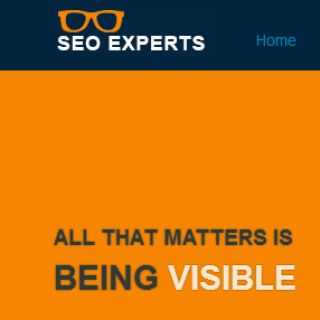 Singapore's Top SEO Expert. Follow me for more tips and tricks and updates regarding SEO.